I modified my glovebox torch, adding a more powerful battery andconverting the light source to three ultra-bright white LEDs. At the moment this is just a proof-of-concept. The torch at the moment is controlled by a momentary switch (so you have to leave your finger on the switch for the light to stay on). I will either fit a standard rocker switch into the side, or build a flip-flop circuit so that the current switch causes the LEDs to latch on or off.

With three LEDs, the torch is very bright! It dumps all over the standard bulb. The three LEDs draw 20mA each, and I’ve fitted the torch with a 200mAh NiMH battery, so a fully charged torch should on paper last over 3 hours.

First, you need to crack the glue around the edge of the torch to separate the two sides. Pull the front lens off first. 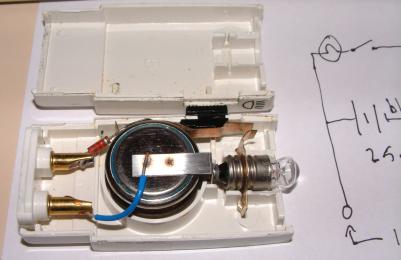 Now you need to remove all of the original components so you are just left with the two sides. 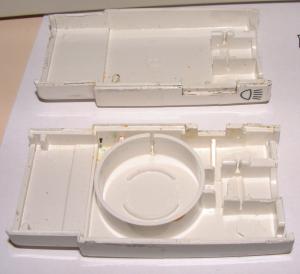 Take a mini drill and a suitable burr bit, and grind away the plastic which used to support the battery. 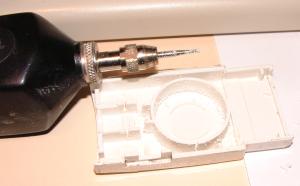 Lay out your components and work out how they are going to fit. I mounted three LEDs on a piece of stripboard cut to fit in the same place as the piece of metal which the original bulb screwed into. I had to enlarge the slots with the drill first. 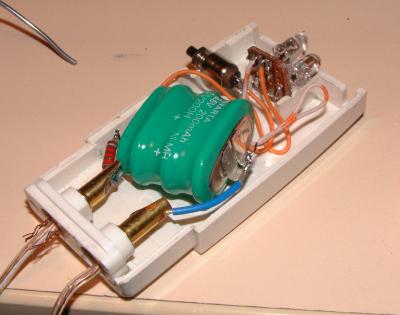 Now you just snap the two sides back together and fix them - I will need to take mine apart again when I decide which switch I’m going to use, so for now I’ve sealed it with white electrical tape. 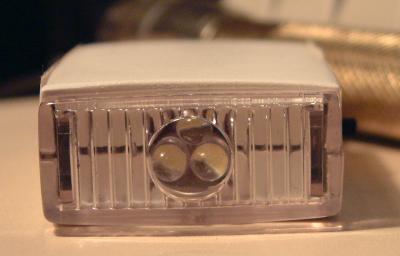