Oil leaking from the front of your M30 engine is a fairly common complaint, as I found when I posted an enquiry to The UK E32 Register Forum. I was prepared to book it in to have the timing cover gasket and sump gasket replaced, but fortunately user Alan 88 UK 730i pointed me to the simple fix which was documented on the Koala Motorsport website. he problem isn’t in fact the timing chain cover gasket, or anything complicated like that. On the front of the engine is a bracket for the crankshaft position sensor. The bracket is held in place with two bolts which run through the timing chain cover into the engine. The problem is that one of the bolts works loose over time, which allows oil to seep out through the bolt hole. Because the oil then ends up on the vibration damper, it gets flung around all over the front of the engine and looks like a major leak.

To prepare for the job I removed the air filter, cooling fan, and fan shroud. Then I applied engine degreaser to the affected area and hosed it down with a jetwash. It was amazing how much oil there was all around the front of the engine. So that’s where my aircon compressor was hiding!

Here’s what it looked like before I started. I have marked the approximate position of the loose bolt. 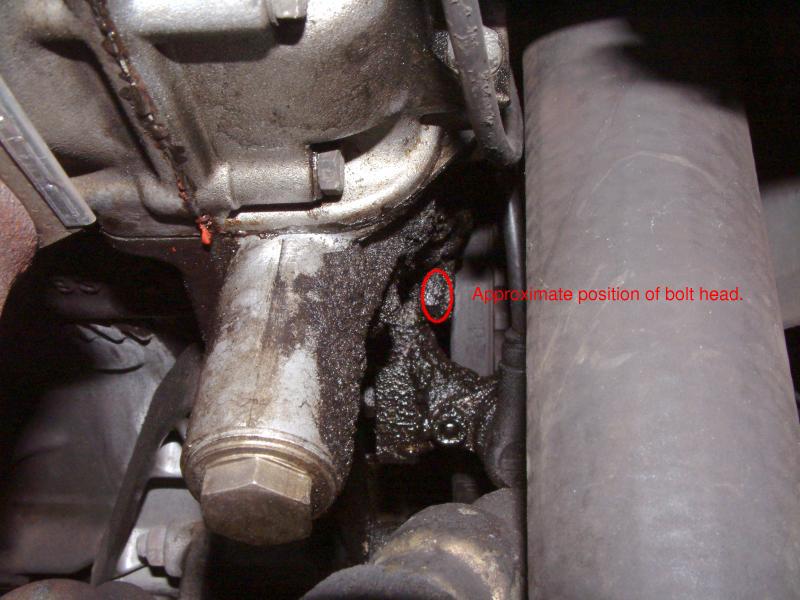 Here’s a diagram taken from the BMW ETK disk, which I’ve marked to show the loose bolt. 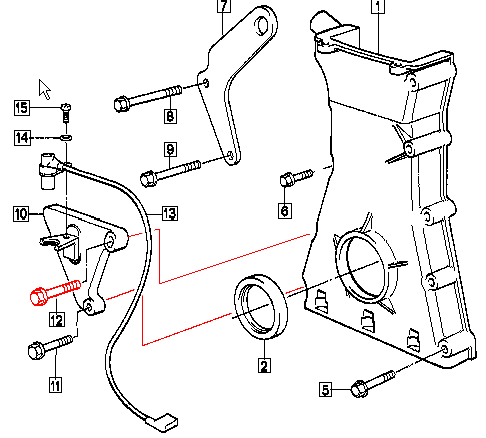 When all the oil was removed and I could actually see the bolt head, I put a socket on the head of the bolt ready to attach a socket handle, but I found that the bolt was only hand tight and could be removed easily without the handle. I removed the bolt, cleaned it up, applied some thread lock, and replaced it. The lower bolt cannot be removed without removing the vibration damper (flywheel), although you can just about get a spanner on the head of the bolt to make sure it’s pinched up tight.

Here’s a before and after picture 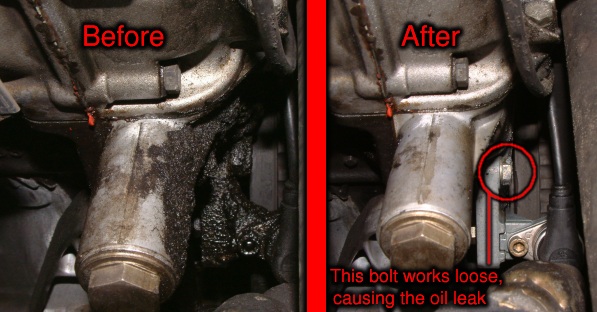 And just to be sure, this is a wider view so you know where to look under the bonnet.

Wider view of the affected area 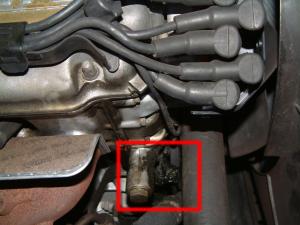 The Original thread (Update 2005/08/06: The archives from the E32 site are no more, so the link to the old thread is dead) from July 2002 on the UK E32 Register forum is worth a read as it shows some of the background to the diagnosis.