Replacing the fuel filter is a fairly easy job requiring a minumum of tools. It will probably take you about an hour. removed the rear right wheel to give me a bit more clearance, and did most of the work with my head in the wheel arch. If you’ve got a ramp it would be easy to do it without removing the wheel. Procedure:

Here is a picture of the underside of the car, showing the location of the fuel filter. You are looking up at the right rear wheel. 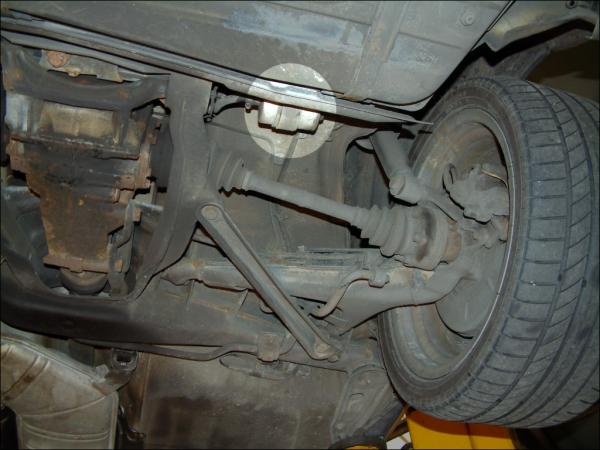