This is a repair I did a while ago, and it still seems to be working fine. 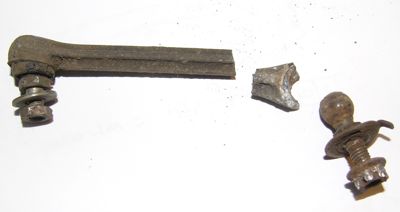 Read on for more details. The LS400 has two ride height sensors, one on the rear right wheel, the other on the front right wheel. It is a simple potentiometer with a crank attached. A small rod with a ball joint at each end connects the crank to the suspension arm. As the suspension arm moves up and down, the rod turns the crank. A computer calculates the difference between the front and rear sensors, and uses this to adjust the aim of the headlamps up and down.

The connecting rod on my car’s rear sensor had seized up and rusted to bits. Lexus don’t sell the rod separately, you have to buy the complete sensor at something like £400. Rather than go down that route, I decided to construct a replacement rod.

I created a diagram of the part I needed. I sent the diagram to SGS Engineering. Incidentally SGS can also re-gas your bonnet and boot struts. In fact I posted the diagram of the part to SGS along with my bonnet struts. Before getting them re-gassed, the mechanic at the garage where I get my car serviced used to complain he had to prop the bonnet open with an old broom handle. After they were re-gassed he commented “Blimey, your bonnet’s a bit urgent!”.

SGS constructed the perfect replacement rod. I spoke to them on the phone so I don’t have a record of how much they charged for the rod, but it wasn’t very expensive.

Fitting the rod was pretty easy, all you need to do is jack up the rear right corner of the car, remove the wheel for access, and bolt the new rod into place.

I had to get my headlamp levels adjusted afterwards. The problem was that the rod had rusted through years ago, leaving the sensor arm at the lowest position (indicating that the rear of the car was really high). Over the years during servicing the headlamps had been manually adjusted to level them out at that setting. When the rod was replaced it suddenly seemed to the car as if the rear was really low, so it dipped the headlamps to compensate. This meant that my headlamps were virtually pointing straight down. Not very good for visibility, but at least it wasn’t dazzling other motorists.

There follows some pictures of the new rod in place. As you can see, SGS did a really neat job with the new rod. 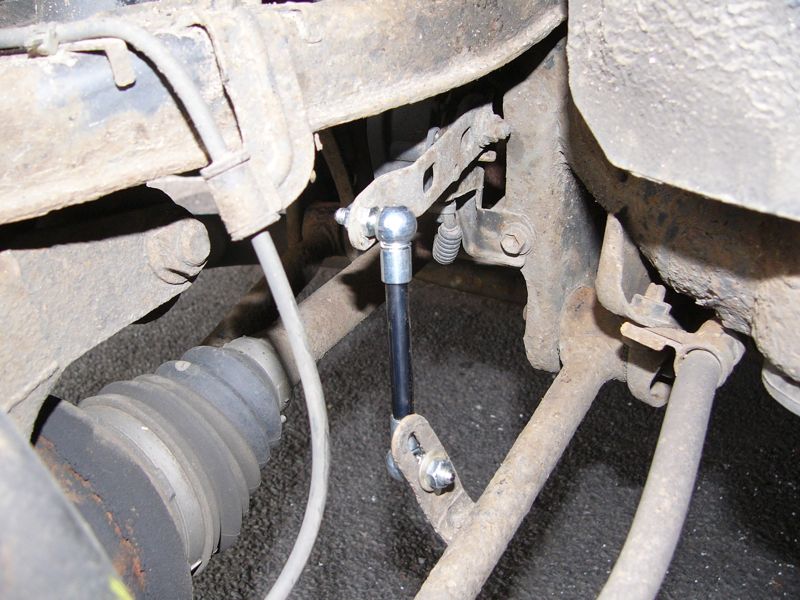 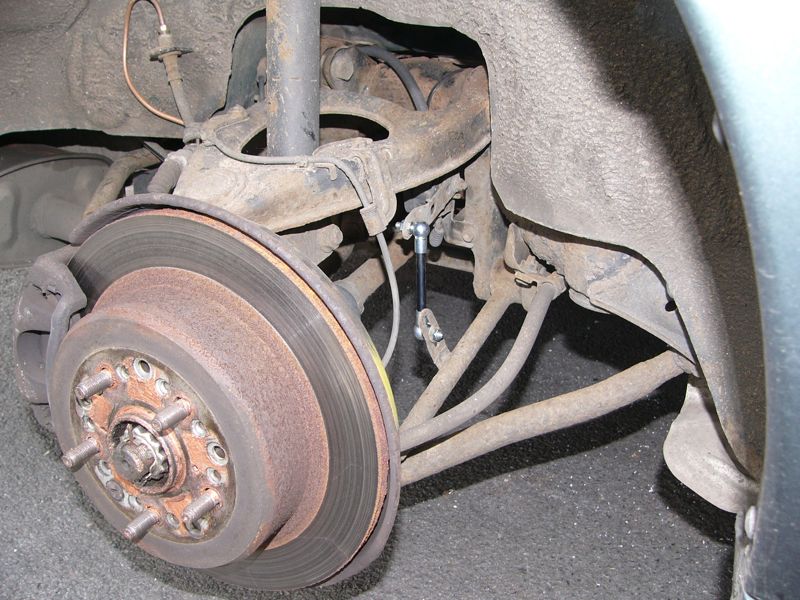 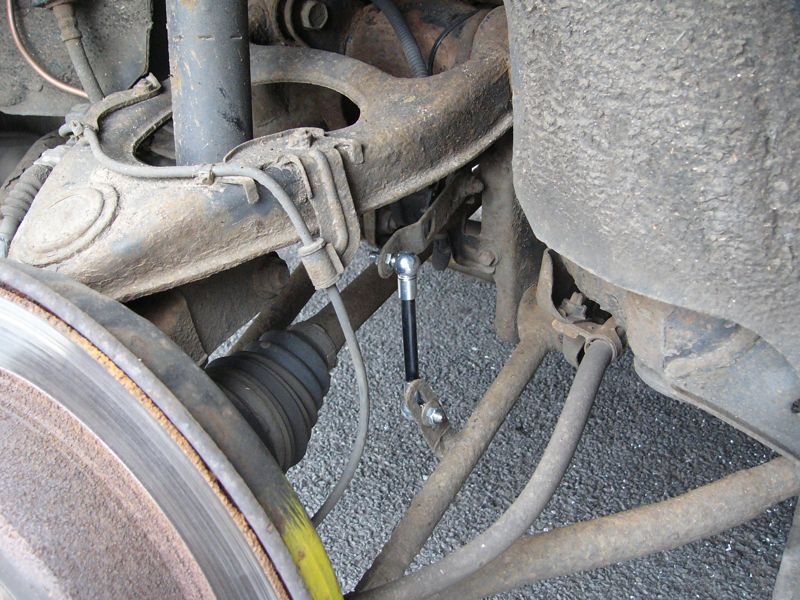