I had my car valeted today. It’s something I’ve only had done (to this extent) once before, that was about three years ago when I was returning a company car that I hadn’t kept particularly clean. Anyway, I went for the full package, including engine bay clean and prep. It cost me £79 but I think it was worth it. I am going to try and make an effort to keep it “topped up” to this cleanliness level. The valeting company I used do a cheaper Wash & Vac service at £15, which I might take advantage of every so often. Anyway, I took some pictures. 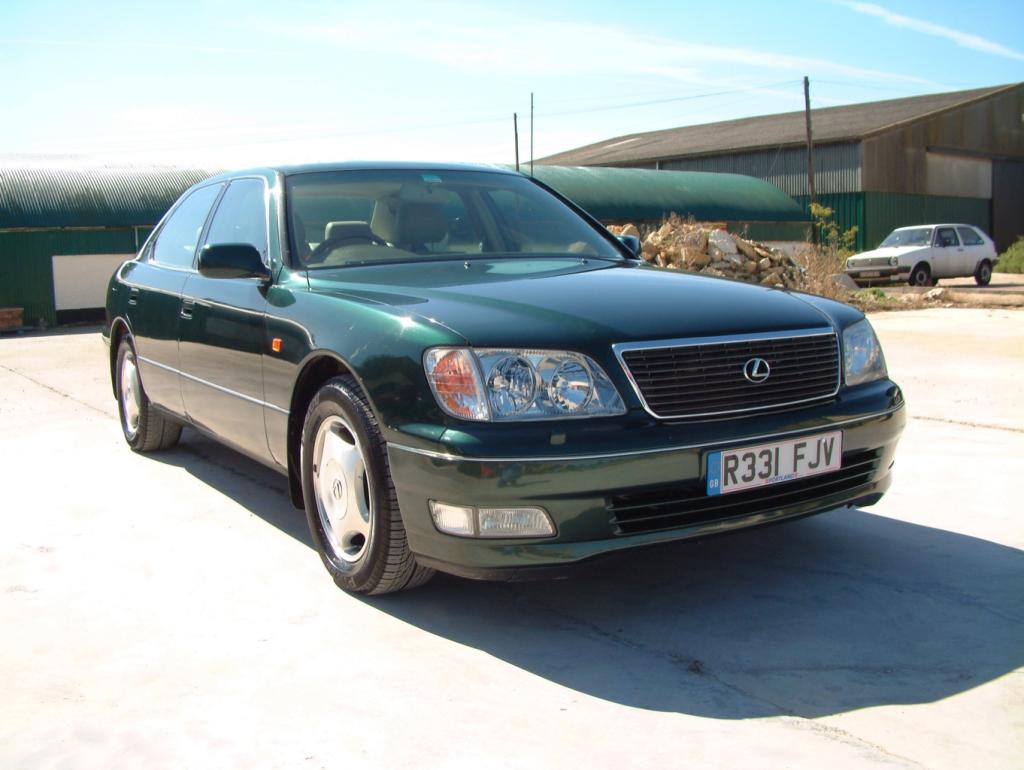 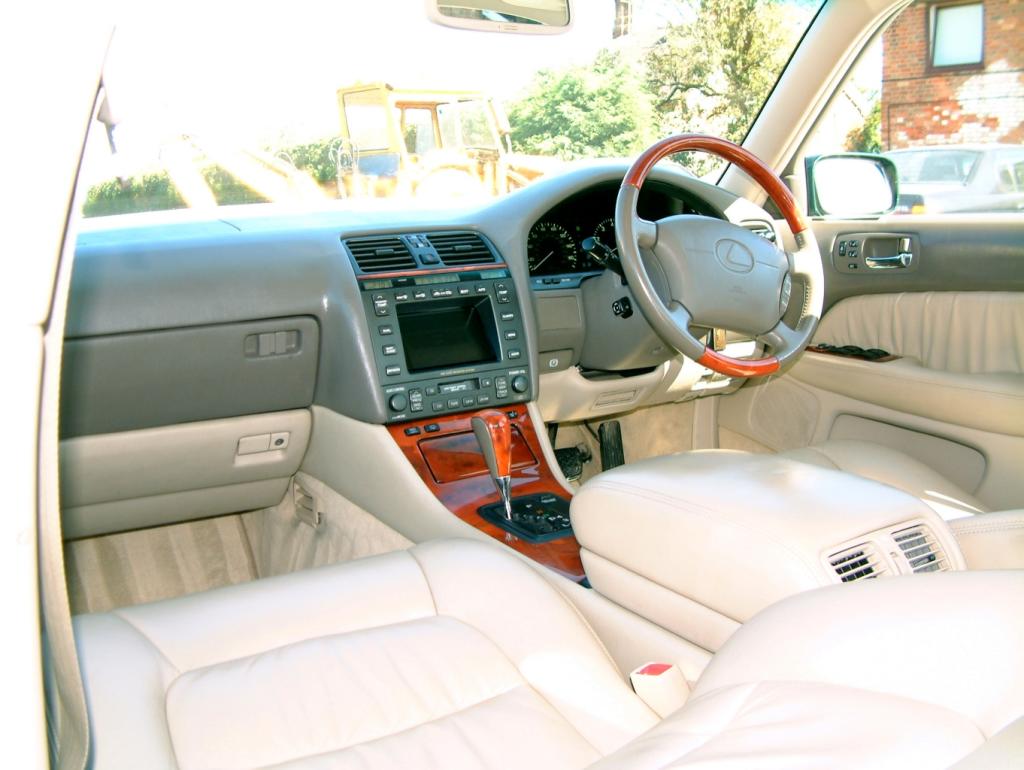 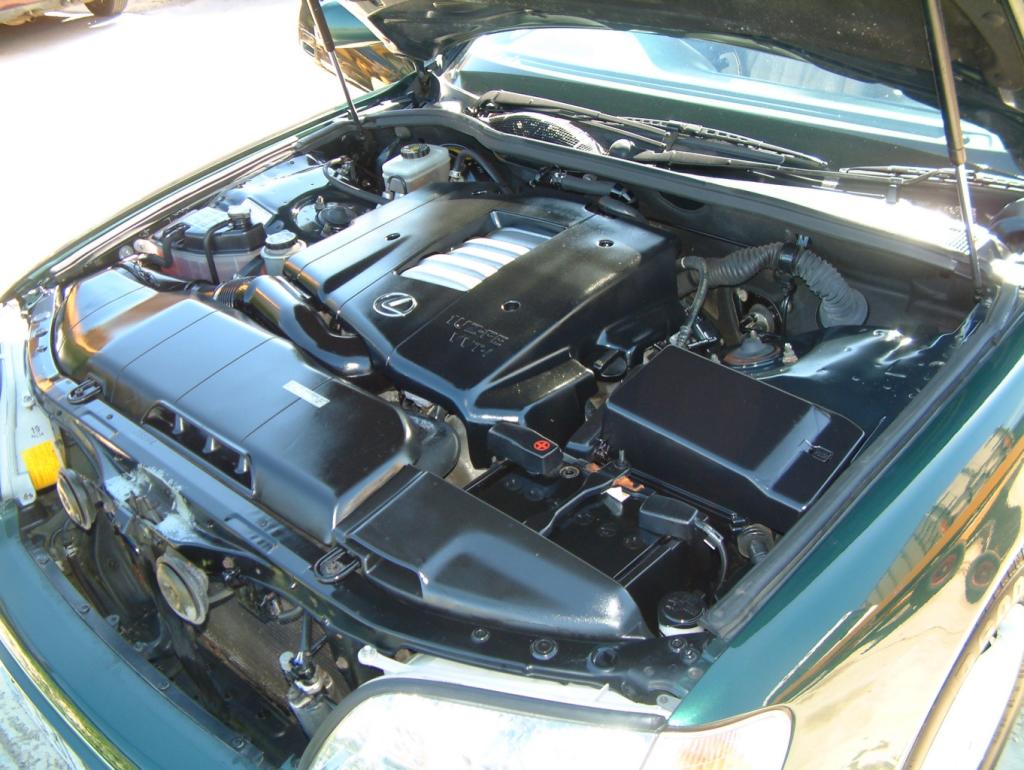 Here’s what you see when you remove the plastic engine cover. 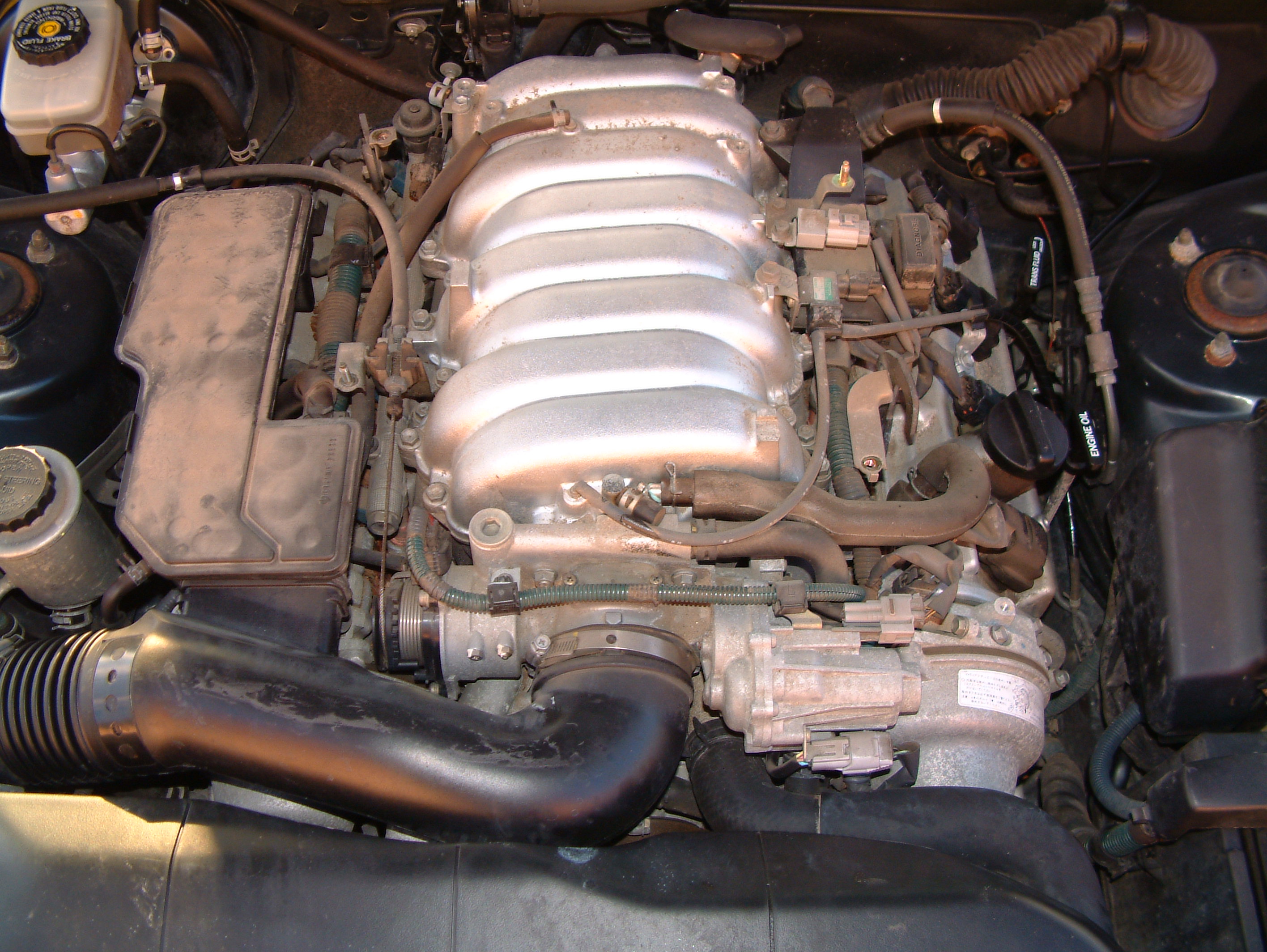 OK, only had the car 5 days but already I can’t resist getting to work on it. The airflow from the vents wasn’t quite as powerful as it should be, so I checked the cabin air filter and it was rammed full of cack. I spoke to Bill Anderson at Puravent about a replacement, because the LS400 mark 4 wasn’t listed on the site. I measured my existing filter and Bill found that it was the same dimension as the one in the IS200 and RX300. I ordered it and it arrived the next day. 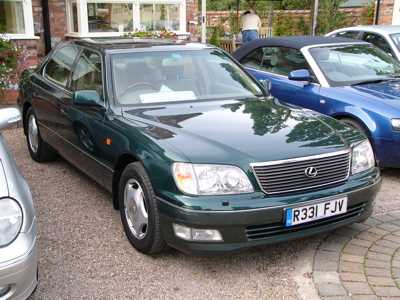 I drove up to Manchester this weekend, and went car hunting with my brother Nick. He kindly did the chauffeuring around, because his air conditioning still works. We first looked at an LS400 near Bury. It was fairly nice, then Nick spotted some rust on the rear wing. On closer inspection it looked like there was a bit of overspray around the wing, so it had probably been fixed up in the past. Also there were various things slightly wrong inside, like the carpet mats had been removed (but the fixings for them were still there). We decided to go and look at another one in Bawtry (near Doncaster). It took about two hours to get there. Fortunately, as the trader we were visiting trades from his own house, he was still open. He gave us the keys and Nick and I went on a 40 minute unaccompanied (!) test drive. I could find no faults with the interior or the handling. There were one or two chips in the front of the bonnet, and a scratch on the bumper, which the vendor is going to sort out for me. Because of those, and the fact that the cam belt will need changing at the next service, I got the price down to £9,600. This is the most money I’ve ever spent on a car, and I’m hoping that the legendary Toyota reliability will mean that maintenance costs will be kept to a minimum. I aim to keep the car for at least three years (same as my 7 Series). Anyone want to buy a second hand 7 Series?
I've had just short of three relatively trouble-free years motoring from my Seven series, and it's the nicest car I've ever driven. It only cost me £3,500 so I don't think it owes me anything. Recently however enough things have bugged me about it that I can't see the sense in sinking any money into it to keep it going. The air conditioning felt very weak earlier in the year, so I had it re-gassed locally at a cost of £117. Within a week all the gas had leaked out leaving me with no air conditioning at all. This is especially annoying as the interior is almost completely black, and this year despite the regular heavy showers we're actually having quite a hot summer. The other thing past its best is the bodywork. There's now rust on the bottom of all the doors, under the headlights at the front, the rear passenger door frame (which I had cleaned up and repainted about 18 months ago), and the top of the offside c-pillar. When I bought the car there was a slight bump at the top of the c-pillar, and the window trim wasn't quite fitted right. I suspect it had some accident damage which was badly repaired. The paintwork on the roof is also in an appalling state, apart from the sunroof. This again leads me to believe it was in an accident, which required a respray of the roof. Possible? Who knows. Anyway, I'm looking for another "big" car, and from a shortlist of another 7 Series, an Audi A8, or a Lexus LS400, I've decided to look for an LS400. There's one listed on Autotrader at the moment, apparently only 1 mile away from here, so I'm going to try and take a look at it tomorrow.
Previous Next